At 34, she was trying hard to stay alive. Clinical depression had forced a leave of absence from her job as a lawyer, and she was traveling on a bus in Cuba when it met her: A woman, only two years older than her, dying of uterine cancer.
The two sat and talked for the seven hours to the woman’s destination, and then for seven more when she decided to skip her stop.
Their conversation was about the end of life. It was the first time, the woman told Arthur, that someone had spoken with her about her disease and the possibility of dying.
“I tried to put myself in her shoes,” Arthur told CNN. “I was like, ‘If depression kills me, then what would I have made of my life?'”
Her answer came after returning from the trip: She would make her life about death.
Now, nine years later, Arthur works as a death doula and founder of Going with Grace, an organization that helps ailing people and their families prepare for death.

A doula is an ancient Greek term meaning a female helper.
The term has been adopted in childbirth settings to mean a person who provides non-medical support to a woman during pregnancy and childbirth.
But another type of doula has emerged — this time at the other end of life.
And although death doulas are not a new idea, they belong to a relatively new profession.
The International End of Life Doula Association (INELDA), a pioneering organization in the field, was founded in 2015 to certify, support and research end-of-life doulas and their fields of practice.
Henry Fersko-Weiss, co-founder of the association, told CNN there are at least 20 individuals and organizations training death doulas in the US — and he believes the field is steadily growing.
“There are tens of thousands who have been taught doula work,” he said. “The percentage of people who come to serve the dying as practicing death doulas has been increasing steadily.”

And they do it all

A death doula’s work could mean logistical planning for the before, during and after of death; conducting rituals or comforting practices; helping the dying person reflect on their life and values; and explaining the bodily functions of dying to caregivers.
But there are intangibles, too — only understood by hearing the stories of caregivers.
When her sister was dying in 2018, Marcia Minunni told CNN that Virginia Chang, a certified end-of-life doula and founder of Till The Last doula services, was a caring, honest presence.
A presence that her sister, though known for keeping “boundaries and borders up,” immediately let in to her final moments.
“Was it the softness of (Chang’s) voice, or the quiet of her presence, or perhaps the willingness of her kindness?” Minunni wrote in a letter to Chang after her sister’s death. “I remember that day as if it was yesterday.”
Minunni said her sister’s body would relax around Chang, who would read poetry to her.
She died with Rumi poems, Frank Sinatra playing over an iPad and her hand on her sister’s knee.
“How comforting is that?” Minunni said, and added: “(Chang) didn’t have to physically be there for that … human voice is just as important as touch.”

Doulas have had to get creative during the pandemic

As Covid-19 has estranged loved ones from their family members at death, so too has it estranged death doulas from the primary field of their work: the bedside.
The pandemic has limited many doula services to remote-only interaction.
“I think it’s unfortunate that we can’t be bedside, because it can be very helpful to have an objective, third party … presence during a very intense emotional time,” Chang told CNN. “During Covid-19, these emotions and the intensity is only heightened because of the isolation.”
But doulas are making it work.
They have to, given the demand for their services has spiked in light of Covid-19.
Arthur said her workload has quadrupled — and for this, she’s had to get creative.
Doulas at Going with Grace are using video calling to scan bodies or listen to breathing, she said. Logistically, they are creating Amazon carts to easily get families what they need after the death.
Some doulas, though, have shifted their focus to supporting caregivers.
Many people have become caregivers unexpectedly to loved ones suffering from the virus, or from illnesses that make the virus more lethal.
“We’re hearing these numbers of people dead, which just sound like the most ridiculous numbers,” Arthur said. “And we’re forgetting that they are all somebody’s mother, brother, sister, teacher … while the numbers sound high, that means there’s many more people who are grieving.”

It’s not the only crisis they’re facing

It wasn’t just the pandemic. 2020 was a year of grief in more ways than one.
Last summer, when Arthur was reviewing applications for her doula training course, an answer to a question she always asks — about the last death the applicant had witnessed — struck her.
“George Floyd,” they wrote.
“That shook me to my core,” Arthur said. “It brought into really sharp focus that people watched somebody die … the trauma, the pain, the grief … I think a lot of what we saw afterward, the protests, were a really strong grief response.” 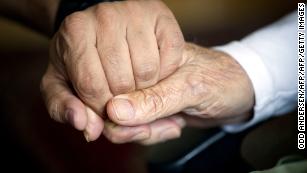 Beyond birthing, doulas now offer comfort to the dying
A year of grief ultimately brought people face-to-face with mortality, Chang said, countering an American taboo around death.
“People woke up and said ‘Hey, this is not the way we want to die,'” she said.
With this new social awareness, she sees opportunity even at the grief-ridden nexus of crises.
“What we’re seeing is a healthcare movement occurring simultaneously with a social movement,” she said. “And those have always been … times of great change and awareness in our society.”
“All people deserve to die with dignity,” she said. “All people deserve to die with care.”
PrevAnteriorMerkel alerta sobre retrocessos para mulheres na pandemia
PróximoA rara síndrome que ataca algumas crianças um mês depois da covid-19Next